The Club That Wouldn't Die

We are currently asking for a donation of just £2 to keep TCTWD running for years to come.

Following the collapse of the original Accrington Stanley in 1966, at a meeting at Bold Street Working Men's Club in 1968, the revival was initiated. 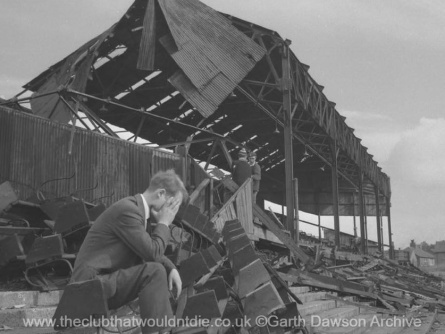 Demolition of the Burnley Road Stand at Peel Park 1966. 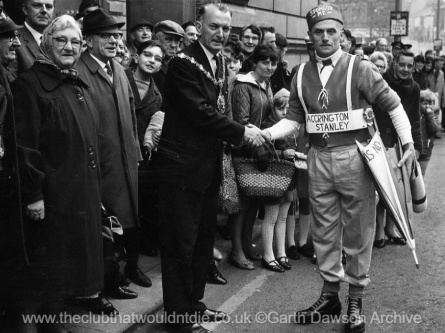 Jack Barrett setting off on his fundraising march 1969.

The Crown Ground is acquired and former Stanley player Jimmy Hinksman appointed as the new club’s first manager. In 1970 the club entered the Lancashire Combination, playing their first competitive match at the Crown Ground on the 15th August, a 2-1 win against Formby in front of a bumper crowd of 620.